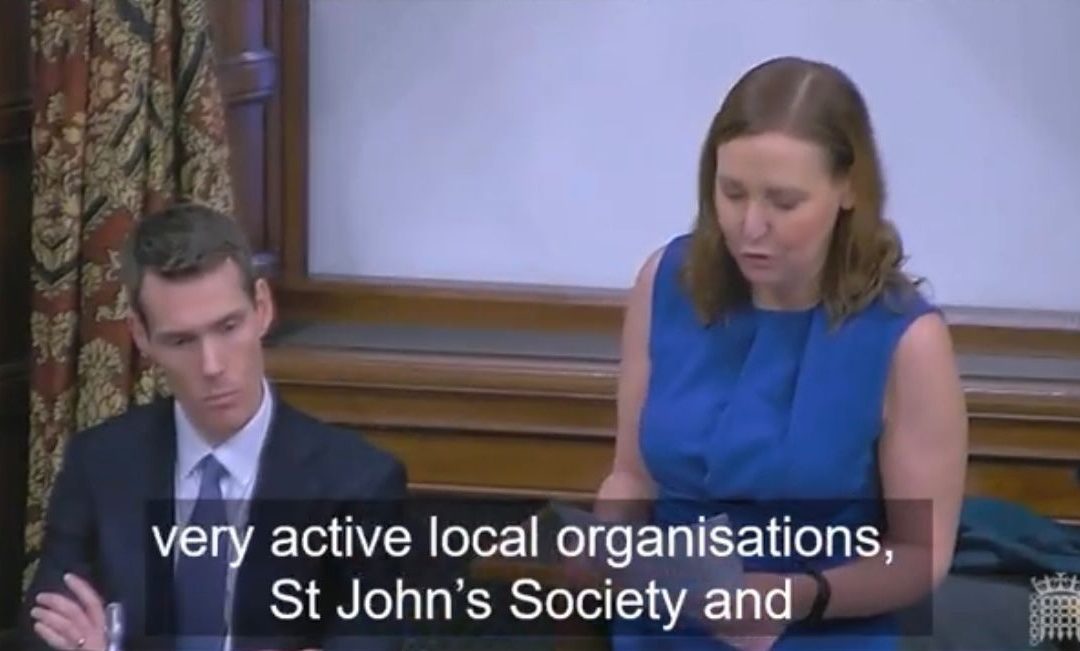 The St. John’s Society wrote to Southeastern regarding the loss of services from St John’s Station following the new timetable brought in on 11th December 2022.  You can read the letter from our chair here.

We are expecting to lose 19 services per day thanks to the rerouting of the Hayes line trains to Charing Cross and other timetable revisions. Passengers were not consulted acting under the legislation brought in during the pandemic to allow rail operators to bring in changes more quickly.

Support from all three Brockley Councillors and our local MP has been given to our complaint.  Representation by our local MP Vicky Foxcroft was made in Parliament on 6th December 2022. You can view the full speech below:

The campaign has also been covered in two articles by EastLondonLines, one of which our chair Litsa was invited to take part in an interview.  You can read them here:

We have received a written response from Southeastern in December following our letter of complaint.  Key points below:

We appreciate the explanation from Southeastern as to the justification for the changes, though we are not content with the overall reduction in services.  Although the most recent timetable changes have already been implemented, we will continue to push for more frequent services from our Zone 2 station and for additional services when the timetable is next up for review.  We feel it’s imperative we have a regular ‘turn up and go’ service to multiple destinations so people rely on the trains, not on their cars.  We note that Southeastern acknowledge that since the rebuild of London Bridge, the bottleneck is now at Lewisham station.  This station is long overdue an overhall and until it is, will have knock-on effects on the quality of the services up and down the lines.  We will be campaigning for Southeastern, Network Rail and Lewisham Council to rebuild Lewisham station as current and planned residential developments in central Lewisham are already adding pressure on this key transport hub.

The petition set up by Councillor Ayesha Lahai-Taylor is still live and needs more signatures.  Please click the link below and sign the Petition: https://www.change.org/p/stop-the-cuts-to-st-johns-train-services?recruiter=70794042&utm_source=share_petition&utm_campaign=psf_combo_share_message&utm_medium=whatsapp&utm_content=washarecopy_35085310_en-GB%3A8&recruited_by_id=859ac9c6-5e2b-4d27-92a2-f066813abf76&share_bandit_exp=message-35085310-en-GB

We’ll keep you updated as we know more.