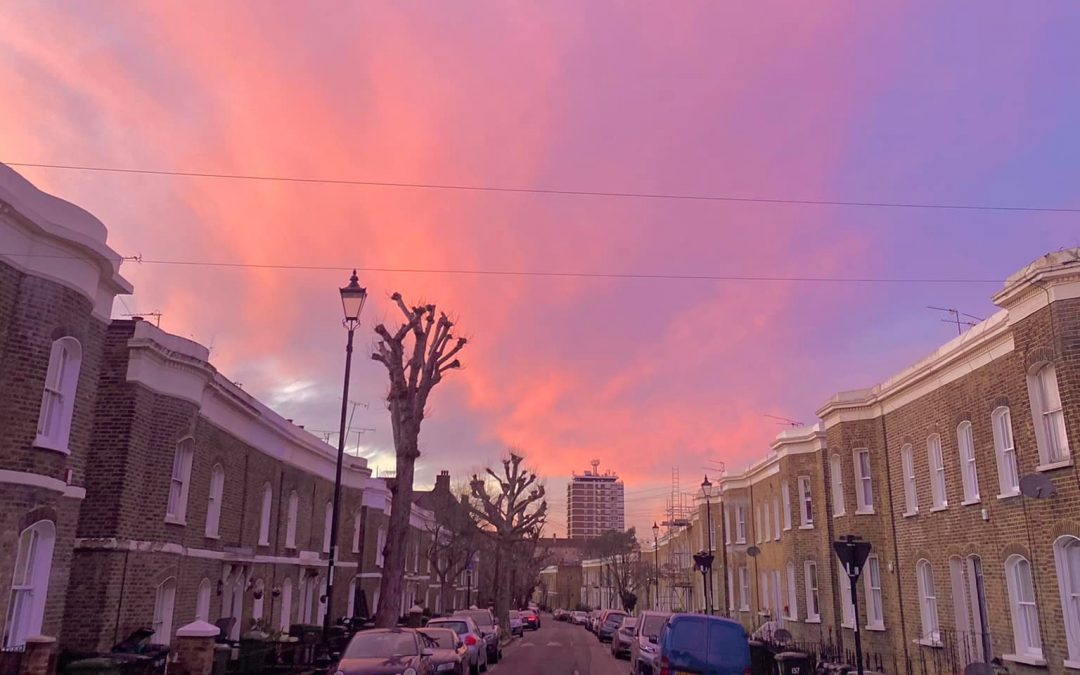 Progress over 2021 has continued to be good despite the pandemic restrictions. Committee members have worked hard pursuing their respective responsibilities. All Committee meetings during Lockdown have been carried out on Zoom with a slow return to face to face meetings at the Brookmill Pub for some meetings thereafter.

An Extra-Ordinary Meeting was held to vote Ben Langford onto the Committee as Treasurer following the resignation of Elizabeth Whimperley-Dixon due to family commitments. We thank her for all her hard work over the years that she held this position. Transfer of the Bank Account to both Ben and Chair have now been successfully carried out.

The website www.st-johns-soc.org is being used actively and content is being added as appropriate. The St John’s Christmas Advent Window Trail was particularly colourful.

The Whatsapp group created for the Committee to stay even more in touch, is working well with the SJS Planning SubCommittee and SJS Greening SubCommittee added. We have encouraged streets to start their own WhatsApp groups and we are aware of Florence Road, Lucas St and Lind St as having one. There is also a ‘St John’s Girls’ which is growing (about 48 ‘ladies’). If you think that you could run such a group in your street – please let us know.

The email address greening@st-johns-soc.org has now been established. Please let us know your ideas and views on how to improve our area. We have connected with QWAG (Quaggy Water Action Group) for further advice and help.

There has been much liaison with various campaigns throughout St John’s. Lucas St needed support over the fly-tipping, anti-social behaviour and lack of streetlight (particularly after the Sarah Everard murder). A monthly meeting with Lewisham Enforcement, our local councillors, local residents was established. A number of fines have been issued for fly-tipping but it is an upward struggle to keep on top of it all.

Aladdin’s Cave applied for an alcohol license. This was publicised by SJS and due to the huge response by both locals and the police, it was withdrawn.

Florence Road Residents approached SJS for support in starting up their own constituted group. This is now fully operational, and they enjoyed a successful street party in September.

A campaign was started to slow down traffic on St John’s Vale and Brookmill Rd. We would still like permanent speed cameras put in, but we are now being regularly visited by the traffic police with speed guns, as a result. We are in full consultation with Local Councillors as to the way forward.

Funding for the second mural on the bridge at St John’s Station was acquired by SJS from Network Rail (late 2020) and both artist, local resident Alma Tischler-Wood and Matthias Spiecer completed this in March 2021. This makes St John’s Station the first station in London to have had two murals funded by NR. We have been incredibly fortunate in their willingness to do this. Again, this was a huge success and positive responses were forthcoming, from local residents.

‘St John’s Litter Pickers’, instigated by Rosie (RG), was formed to meet monthly to clear up our area. Public Liability Insurance was purchased, and we liaised with local groups (FRRG, Tanner’s Hill Residents, Friend’s of Friendly Gardens, Friends of Heston Gardens) to work together. Litter pickers were collected and returned from Lewisham Council, by our local councillor, Stephen Penfold, for use on the day. We are currently investigating other ways to fund the Public Liability Insurance as it is a major part of our annual expenditure.

‘The Float’ (a converted milk float/shop) selling organic produce/items was booked and introduced to the area. This proved popular and another ‘getting to know your neighbour’ opportunity. Sadly, this was not a profitable venture and they stopped trading by October.

Since the upgrade of St John’s Garden, we entered into Deptford X Trail (9-18th July ‘21) along with the two bridge murals. This was a huge success.

In September, SJS again took part in the Brockley Front Garden Sale. It raised our profile in the locality, and beyond, and raised over £200 funds for us. Thank you, Rosie for organising.

The Greening Fund which we were successful in obtaining (2019) to improve the small garden behind the church on Cliff Terrace/St John’s Vale has been applied for again. We have asked for large planters and plants. In the meantime, a noticeboard has been put up with the name of the garden and a beautiful poem.

The Planning Sub-committee has been successful in monitoring and commenting on all planning applications in St John’s. We have had a busy year, supporting some of the applications, in person. We will have a planning page on our website, in the near future.

Kath’s Place is going from strength to strength and is now feeding about 5000 people per month. We continue to support them where we can.

The Annual Christmas Carols singing at station was cancelled again this year. However, we decided to replace it with the Christmas Advent Window Trail in St John’s. 15 households in St John’s, took part. The household decorated their front windows/gardens and a ‘grand unveiling’ of their window was offered to a very appreciative audience (adults and children alike). Some hosted mince pies, chocolates, mulled wine and other non-alcoholic drinks. There was singing, accompanied by a recorder to keep the tune. By the 24th, the musical accompaniment had expanded to include accordion, tambourine and shakers. Some played recordings of Christmas Music in the background. The windows all told a story (eg see ‘The Christmas Spider’ – from Western Ukraine) culminating in the main story of the season ‘The Nativity’. Each gathering, was on the pavement outside the house, socially distanced and masked, took a few minutes to as long as we could bear the cold. A collection tin was on hand for any donations to SJS, but our main aim was for neighbours to come out and share a moment of chatting and laughter.

EV points that we were promised, at the initial consultation for CPZ, some years ago, are still being chased. We now notice that there is one in Admiral St.

Future campaigning may include further bids for money to improve our green areas, the putting up of plaques to commemorate the 1957 crash and step-free to provide access to the station for the disabled.

St John’s Station Steering Group Committee was re-established in October 2021, with our local MP Vicky Foxcroft as Chair. If interested in joing this, please get in touch.

The St Johns Society maintains a mailing list of interested parties. If you want to be included on the list please email the chair chair@st-johns-soc.org or use the form on the St John’s Web Site.

We still liaise with local committees and societies especially where we have joint interests, whether they be local to St Johns or indeed the whole of Lewisham. In October, we attended the ‘Safer Neighbourhoods Meeting’ which took place after the attacks in Brookmill Park. Suggestions were put forward as to how to improve safety in the park such as cutting back overgrown shrubs, improving the lighting and the installation of cameras at the main entrances.
We were part of the ‘Lewisham Strategic Waste and Environment Focus Group’. With the proceeds given to us, we hope to purchase a couple of litter picking sticks.

NCVO Membership (National Council for Voluntary Organisations) was applied for, and we are now members.

We are now part of the Lewisham Community Lottery so you can buy a lottery ticket to support the society.

Brainstorming sessions were held on Zoom regarding ‘Lewisham Year of Culture’ for idease on how we can take part.
We were able to produce and circulate the first SJS Newsletter (No.20). The first, for a number of years. This was sponsored by ‘Source the Area’.

We are hoping to establish a drop off point for Christmas Trees in the area by next Christmas – an idea instigated and followed up by Stephen Penfold, our local Councillor.

Again, we have had a very busy year with many successes. We are extremely fortunate to have a team of Committee members who are not only talented but work tirelessly (as unpaid volunteers) to bring improvements to our area of St John’s.